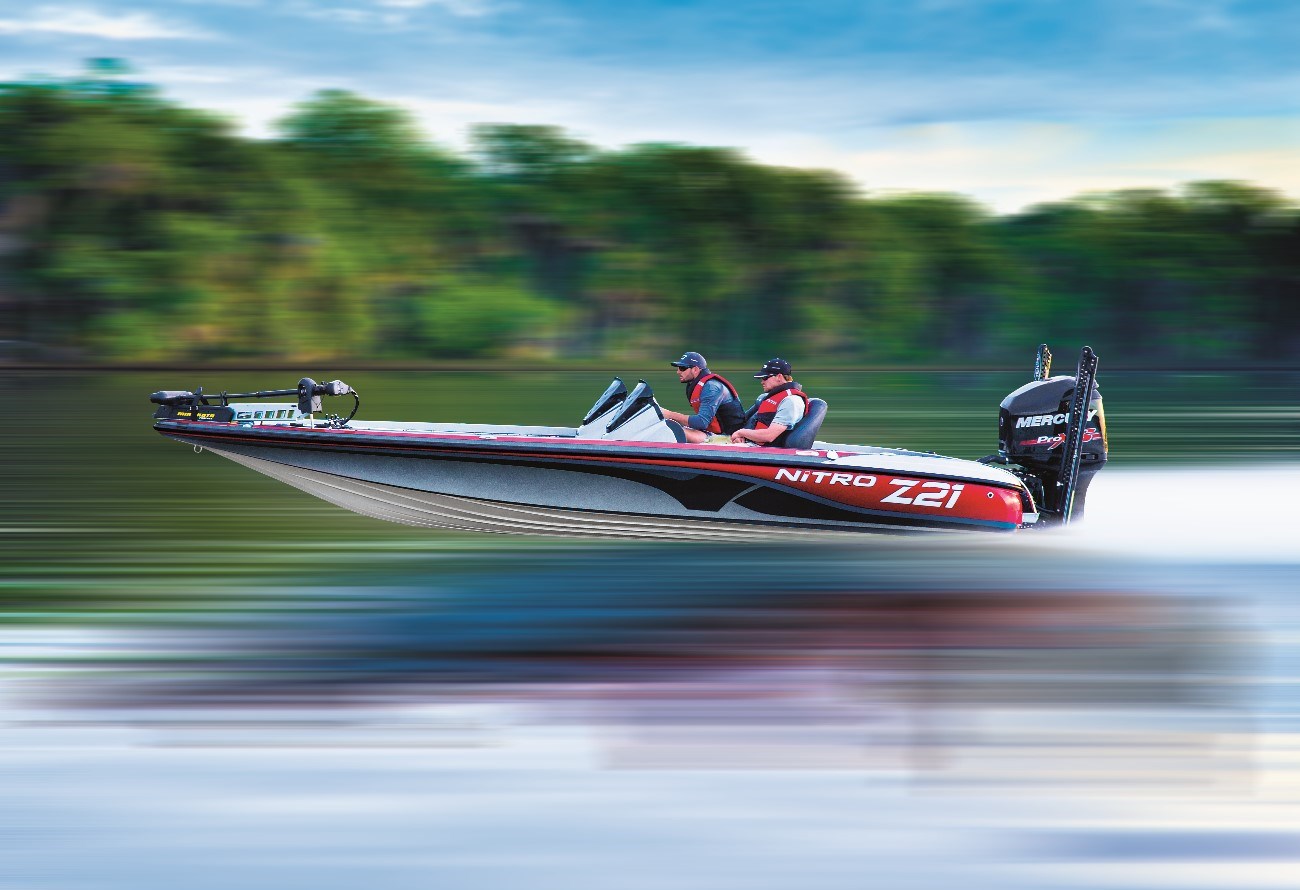 NITRO® offers a versatile lineup of performance fiberglass fishing boats from 17’ to 21’. For bass anglers, the five-model Z Series includes the best-selling performance bass boat in the industry. Or, there’s the ZV Series, which includes two Deep V multispecies boats built for northern pros and serious anglers who fish bigger waters in search of walleye, pike and muskie. And for families, there’s a NITRO Sport fish-and-ski model that provides fishing and watersports features for even more on-the-water options.

NITRO boats are manufactured by White River Marine Group, the world’s largest boat builder by volume and a member of Bass Pro Group. They are sold and serviced through hundreds of dealers around the world, including more than 130 Bass Pro Shops® and Cabela’s® Boating Centers. Wherever you shop, NITRO boats are offered with the exclusive NO HAGGLE NO HASSLE® pricing policy, which presents nationally advertised prices easily accessible on the brand’s website and in stores, assuring everyone gets the best deal available—every day and everywhere.